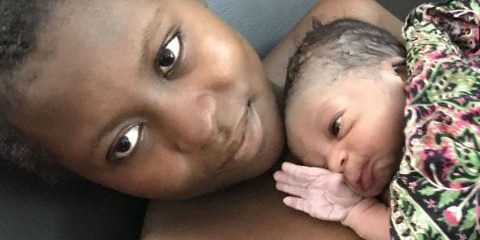 Survival & Happiness because of Interventions, Nurturing and Education

The SHINE program represents the top 5 leading morbid conditions of childbearing and birth for women and newborns.

In collaboration with staff at Amana and stakeholders, this program will be a training course for midwives, intern doctors, qualified doctors, enrolled nurses and other maternity primary carers (MPC) at Amana Hospital (Ilala District) – Vision for Dar es Salaam and then in future strategic planning for elsewhere in Sub-Saharan Africa.

It will not only include a training program, but implementation of education and escalation resources such as readily available infographics, flow-charts and alert documentation. It encompasses antenatal, intrapartum and postnatal aspects of maternity care delivery.

Ultimately what affects the mothers’ health adversely, will also affect the neonate and therefore to implement this “SHINE” Program would be to improve maternal and neonatal health. This allows not only MPC’s to “shine” as the leaders in Dar es Salaam (and someday in Tanzania and Sub- Saharan Africa) providing gold-standard training and education in maternal and child health; but also allows the Mothers and Babies to “shine” through survival of health and happiness.

Tanzania, as per the World Health Organization (2018) was described in an excerpt of the country report  below: http://www.who.int/pmnch/activities/countries/tanzania/en/index1.html

The under five mortality rate also decreased from 147 deaths per thousand in 1999 to 112 deaths per 1000 in 2005. This decrease can be in part attributed to improved breastfeeding practices, IMCI and high immunization coverage. However, one in nine children still die before their fifth birthday. Malaria, acute respiratory disease and diarrhoea persist as the most common childhood illnesses. .

Maternal mortality, on the other hand, has not benefited from trends similar to those of child mortality. Maternal deaths in Tanzania, with a ratio of 578 per 100 000, represent 18 percent of all deaths of women age 15-49. The main direct causes of maternal death are haemorrhages, infections, unsafe abortions, hypertensive disorders and obstructed labours. The presence of these causes is exacerbated by HIV and malaria, Tanzania’s number one killer. The fact that more than half of births in Tanzania occur at home also contributes to the elevated maternal mortality rate. Of all pregnant women, only 46 percent are assisted during childbirth by a doctor, clinical officer, nurse, midwife or maternal and child health aide.

Though, the rate of assisted birth is low, 94 percent of women receive antenatal care (ANC) from a health professional at least once.

However, the number of women who seek ANC at least four times has decreased from 71% in 1999 to 62% in 2005. This indicates a need for increased effort in regard to maternal health. Also, notable, though a large majority of women receive ANC, less than half of them are informed about the signs of pregnancy complication.

Furthermore, the WHO (2018) describe the situation of maternal mortality in Sub-Saharan Africa in general in their 2016 report “Maternal Mortality” of which the following in an excerpt: http://www.who.int/mediacentre/factsheets/fs348/en/

Why do our women die?

The remainder are caused by or associated with diseases such as malaria, and AIDS during pregnancy.

How can women’s lives be saved?

Most maternal deaths are preventable, as the health-care solutions to prevent or manage complications are well known.

All women need access to antenatal care in pregnancy, skilled care during childbirth, and care and support in the weeks after childbirth. Maternal health and newborn health are closely linked. It was estimated that approximately 2.7 million newborn babies died in 2015, and an additional 2.6 million are stillborn. It is particularly important that all births are attended by skilled health professionals, as timely management and treatment can make the difference between life and death for both the mother and the baby.

To avoid maternal deaths, it is also vital to prevent unwanted and too-early pregnancies.  All women, including adolescents, need access to contraception, safe abortion services to the full extent of the law, and quality post-abortion care.