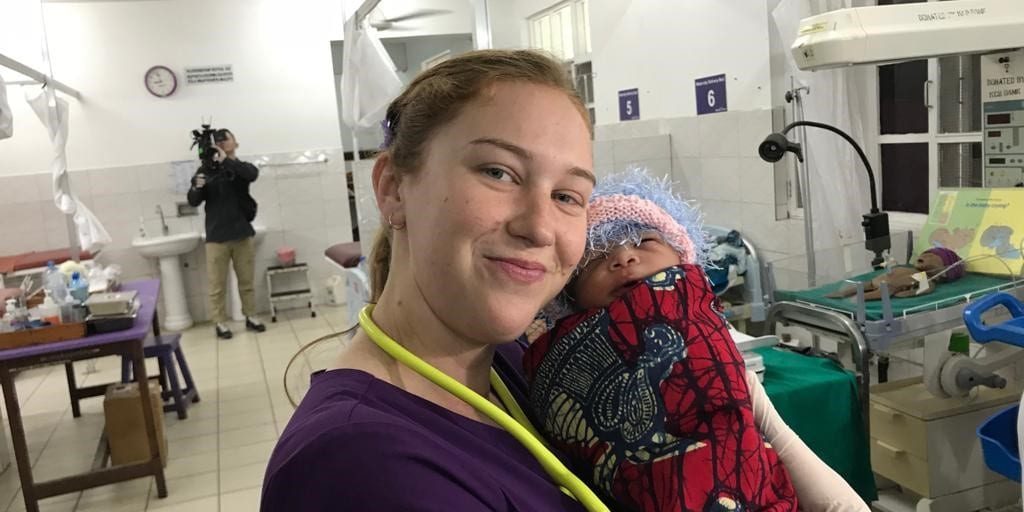 We are so excited, after much hard work getting filming permission, we have started work on our very own documentary … name still to be decided.

We want to tell the story of Midwife Vision, about the Mothers and Babies we go to help.

We hope in the future this Documentary will serve to raise awareness, stimulate funding and rally global support for these mothers, babies and midwives.

Our message: there is still much work to be done to reduce child mortality and improve maternal health, but Midwife Vision’s aim to do this is ‘one breath at a time.

Why Film the mothers and babies?

We want to tell the world your story mama, and let the world know you are not invisible – you matter and that telling your story will we hope to empower other women to seek care and helps us raise awareness to continue to be able to provide training and care for the mamma and babies of Sub-Sahara Africa.

We were fortunate enough to meet our Film-Guru Chad in Mongolia in 2015 and he has been not only patient (Hakuna Mata Tanzanian Moto for “No Worries!”) in getting the film permission but with Midwife Vision (Jan and the rest of the team) as we align schedules and put our ducks in a row. It was worth the wait and we are confident that he has and will capture incredible footage telling the true story of what it is to be a mother giving birth in Sub-Saharan Africa: from the perspective of mothers, midwives, Midwife Vision and others. He was an invaluable addition to the team and one we hope can return for other trips.

Our team has been working hard since last year (2017) to get film permission to film in Tanzania, Amana Hospital from the Ministry of Health.  Finally, we had success, and Chad joined the team in October 2018 to film.  Lots of care was taken to protect the rights and interests of the mothers and their babies, with Chad accompanied at all times by a Ministry of Health Representative, and getting permission slips signed by both staff and mothers.