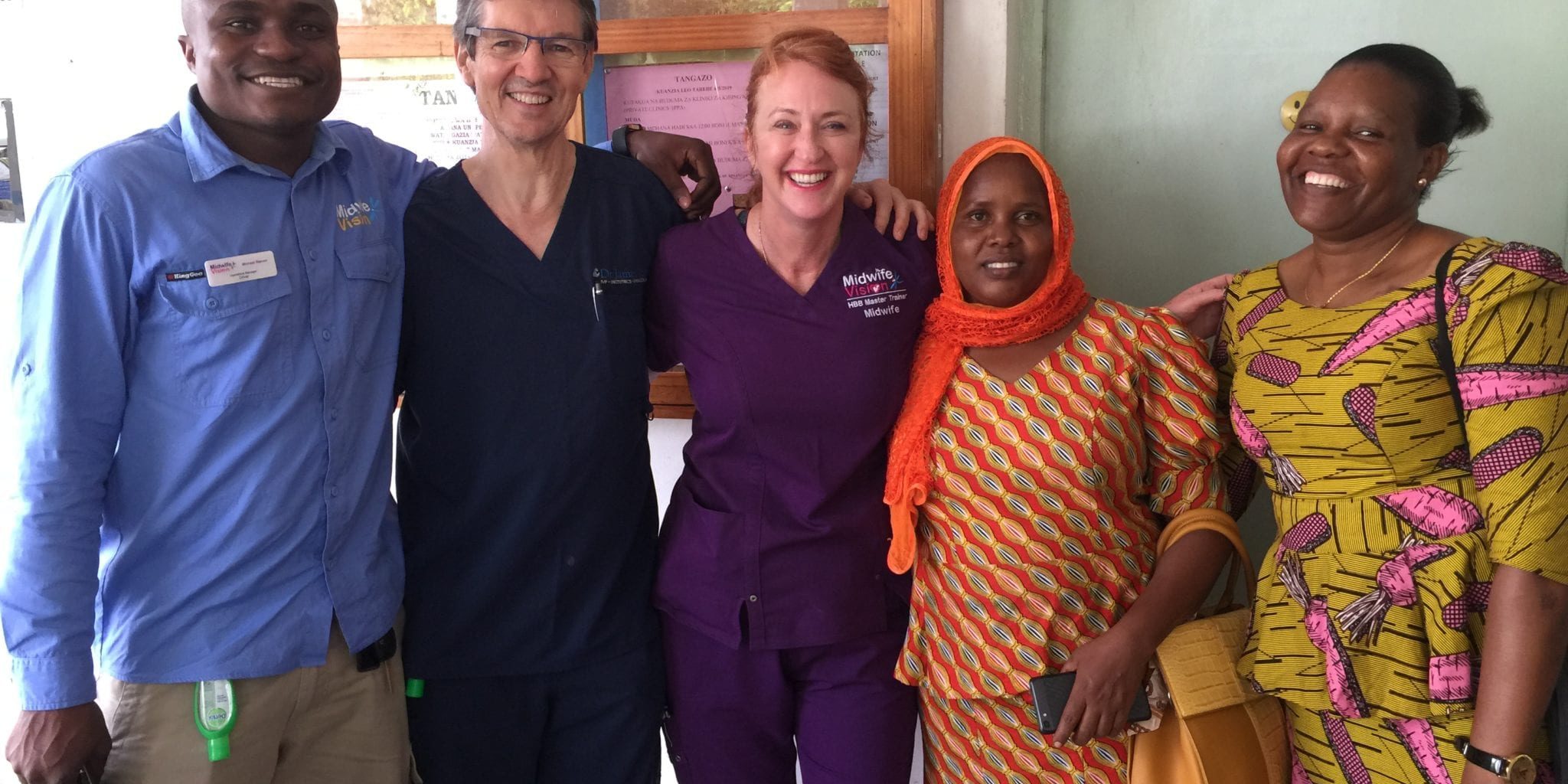 I have an exciting piece of news, and that is that all the filming that Chad did over two years when we returned to Tanzania, the building of the clinic with Philipp Ripa from New Zealand, a German builder who lives in Kiwi land.

And he came over and built the clinic, and him and Mike were like… The enthusiasm was just incredible. And so we’ve got all that footage. And then we got footage in labor ward, all with permission from the Tanzanian Film Commission and the Ministry of Health. And so we’re putting that documentary together, The Silent Tears of the Midwives.

And we have an editor in Spain, Noel, we have a story writer, and really a director who’s pulling it all kind of together in New York, and that’s Philippe. And Morgan and Jose, from Primescape Productions are herding cats. It’s a bit like everybody from different parts of the world, it’s just wonderful. So we have a team in both Australia, Spain in Madrid, and then New York, and in California. So stay tuned for that. We’ll put some snippets out.

We did some filming in and around where Chase lives and the story really follows Chase as a young woman who goes to Africa, and why does she go? And what is so compelling? So through the eyes of Chase, we hope to open the eyes of those in the world that, whilst we might be Australian, or American or, or Tanzanian, we are from one world and we are global citizens. And so in that we feel that the film will create a wonderful catalyst for us to be able to apply for more grants, to train more midwives, to finally find a way to unlock what is it that gives the mamas and the babies a fair chance, and a way forward.

There’s so many people behind the scenes, Perry who lives part of his time in Thailand and part in Australia, Perry Orchard, and his mom and dad, Joan Orchard. And then we’ve got Mary over in New Zealand and the knitters, and they just really helped us find a way forward for all of the knitting that we could no longer ship to Tanzania. And so that knitting went to the Little Sprouts in New Zealand. It went to the Baptist church who are shipping it over to Samoa. And here in Australia, we shipped off our final boxes of beanies and beautiful rugs and outfits for the stillbirth babies, we’ve sent those to Tanzania. And any new ones that have come in, I sent down to some midwives who had taken them to Papua New Guinea, to Samoa, and also to some of the Aboriginal communities in Australia. Some of the pouches we donated to the koala sanctuary because we had many koalas that were injured during the bush fires in Australia. And the patches were the perfect place for where they put the kangaroos and the wildlife, and so we shipped those down there. I hope those that made them for the babies don’t mind, but they went to baby koalas.

The other thing that we did is we had some equipment that we couldn’t use in Tanzania, and we shipped some of that to Papua New Guinea to some midwives over there that are working. And also again to some of the communities in Samoa and Papua New Guinea, they’ll get the benefit of these. But from now on, we can’t ship anything overseas to Tanzania. It’s just far too expensive. And so we are now trying to source everything that we require in Tanzania and manage it through a company over there so when we purchase it all the taxes are paid, so we know what the final cost is.

Finally, our focus is the mamas, it’s the mamas and the babies. It’s the midwives. It’s training them to give them a skill, a skill that is beyond their basic training, a skill that is filled with compassion, and a skill also that makes them proud. And whilst it is for many of us, extremely exhausting, as you know being part of an NGO where it’s all volunteer work, there is something beautiful about what we do for the one, the one mama and the one baby. And I want to thank you all for your support.