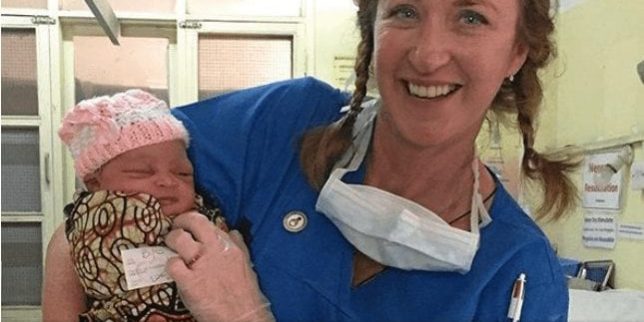 Congratulations to Jan on receiving an Order of Australia for her service to community health!

Check out the article below featured in the Sunshine Coast Daily acknowledging Jan and her prestigious award.

JAN Becker was boarding a flight home from Tanzania when she received an email telling her she would be receiving an AM.

The coveted honour is to be bestowed on her for service to community health through neonatal organisations, and to aviation, but she will be too busy working with midwives in Sub-Saharan Africa to be there to receive it.

The nurse, co-founder and CEO of Becker Helicopters and founder of Midwife Vision, has donated her knowledge to mothers and midwives in third-world countries.

“If you have success in one part of you life, be it time, money, opportunity, skill, you should use it globally,” she said.

“The skill that I have, my skill can be of use there.”

Both mother and daughter ventured to Tanzania and saw birthing atrocities they never expected; mothers in labour bringing their own chord clamps, equipment for stitches and even clean water if they needed a drink.

Then when they returned home they had four to a bed and minimal education on how to help resuscitate a newborn.

“The first time we went I said to Chase, we’re either never coming back or we can’t stop coming back,” Mrs Becker said.

“But through the education of mums you change the face of outcomes.”

This Australia Day Jan Becker is developing a new training plan to help the midwives she works with, but she wouldn’t rather be doing anything else.

“We’re only there four times a year but if we give local midwives training, they’ll be able to pass on the torch.”

When she isn’t at work saving lives, she’s at her other job – managing a team of 100 employees, 30 students and 20 helicopters.

“Flying a helicopter is the most fun you can have with your pants on,” the CEO laughed.

Although her two passions couldn’t seem more opposite, the go-getter said there were more similarities than most thought.

“If you work as a midwife and fly a helicopter; there’s a checklist, a certain way you do things and if you deviate you’ll hurt someone or yourself,” she said.

“It’s a very disciplined profession but it is so rewarding.

“We fight fires, help with border patrol – in another way you’re serving the community you share the sorrow and see the happiness.

“And what I love about aviation and helicopters is training the next generation. Again, you’re passing the torch; it’s such a privilege.”

While Jan may seem like an unattainable level of superwoman, she said it was easy for people to use what they have to give back.

“We have people across Australia and New Zealand knitting us beanies to keep babies warm,” she said.

Others forgo one cup of coffee a week and donate to a $5 birthing kit, which includes clamps and fresh sheets for the women to give birth on.

“You don’t have to change the world with millions, you can do it with one cup of coffee,” Mrs Becker said.

“It’s powerful and in that one moment you’ve connected with a mother.”

Jan Becker was awarded her AM for service to community health through neonatal organisations, and to aviation.

Awards and recognition include: