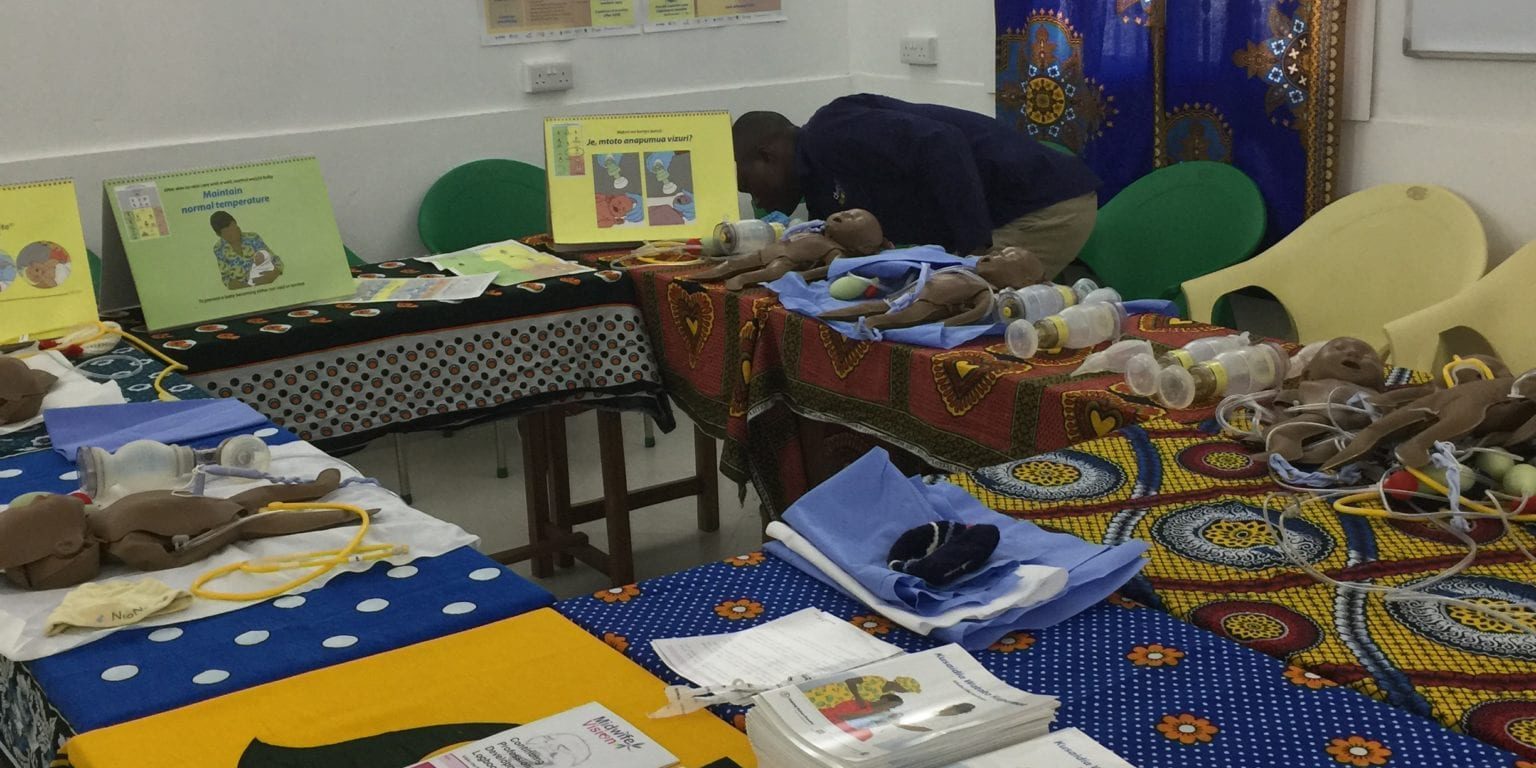 The hospital ward where our clinic was, was taken over in the earlier part of the year as the COVID hospital of Dar es Salaam, and slowly, we’ve been trying to get back all the equipment, as well as getting everything clean and sanitized. We also donated 220 pairs of scrubs for staff during Covid

Also, we have some regular donators that just do some wonderful things for us. And so we’ve put into the labor ward, we’ve put in more Macintosh kangas, so that’s what the mothers deliver on. And so we’ve put more of that plastic in place and some more buckets and some more bins. And some people say, “Well, how does that save lives?” Well, it saves lives because it’s infection control. Anytime we prevent infection, or can keep the area clean, it means that the mother doesn’t get sepsis and the baby doesn’t get sepsis. So these are really important core things.

We’ve had some change of staff in Tanzania as we’ve had to rationalize obviously with the worldwide pandemic. It has changed the face of how people give. And so we are no longer accepting any donations of knitted goods because we can’t ship them to Tanzania without it being A, extremely expensive and B, when they do arrive they’re now deemed to be second-hand clothing, and we get taxed on them. And the shipping and the tax on the last set of boxes we sent could have employed a midwife for seven months, so we’ve made an executive decision that we can’t afford to take the money away from what is most important, and that’s the frontline workers that are saving the mothers’ and babies’ lives.

One of the initiatives we are going to do is when we’re back in Tanzania we will teach some of the mothers how to knit. And within their own country then they can knit for the babies.

And part of that is an initiative that Chase wants to put together, which is a circle of mamas that have lost their babies.

And it’s a way to support them, teach them some new skills, much like what they do with the mamas that have fistula and learn how to sew and to knit. And I feel that in then we’re passing on A, a beautiful skill and B, it’s a way of them finding healing, we hope, through the process of knitting something, or doing something craft wise with their hands. And we would get together and meet and drink chai, which is tea, and talk and share their stories. And that’s something that we really want to put into place when we return to Tanzania.

Shout out also to Bev and Jen, for all that they’ve done on the website, please go and have another visit. www.midwiefvision.org

We’ve set up a new donation page where people can donate money for specific projects. Or if they want to do what so many have done is that once a week they donate $5, which is the cost of a cup of coffee, and with that we buy a mother’s birth kit. And in that is a set of sterile gloves, a blade that we can cut the cord with, a cord clamp, and then other little bits and pieces that we can buy with that for specific mothers is, it’s a week’s worth of antibiotics if she needs it, or high blood pressure medication, and educational material that we’re working on.

The other thing that we have in play is the app, and that’s been slow progress because so many of us have had lots of different competing jobs to do, both volunteer and normal jobs and study, et cetera. And so we’re just working through that. It is slowly coming together. We have it how the app was going to look, and now we’re just auditing the content that goes into it. And that will also translate into what we use in the clinic for training.

We have training scenarios that the midwives do, and then they have an assessment that they will do written. And Bev has been working on putting together an LMS, which is a learning management system or online learning on a web based program so that the midwives can be on an Android phone, or we can just bring it up onto the screen in the training room or on an iPad. And that way we have a great way of A, imparting knowledge and B, being able to do something in a interactive and not such an internet intense training environment. So it’s been exciting as we develop some of those tools. With the end goal being that the midwives become senior trainers, and then they can pass on that skill to the next midwife.